What happens when the weather gets bad?

Shuffles does not like cancelling classes, but we care that you and your dancer are safe getting to and from class!  General rule of thumb, if the Shawano School District cancels school, we follow suit & don't have classes. In some cases, we will have classes depending on the storm front ;)

If the weather gets bad after school is out, please call before you head into class.  We post cancelled classes on our Facebook page and in our voice mail box. Sometimes we only have classes for half of the night.  For those of you coming from out of town, please use your judgement. If roads are bad & we haven't cancelled classes, please don't come into town ;)

What should my dancer  wear to class?*

Please wear comfortable clothing that does not drag on floor or prohibit movements.

NO JEANS!  Please wear shorts or leotards under skirts.

ALL HAIR MUST BE PULLED BACK SO IT ISN'T IN DANCERS FACE!

NO GUM or Candy!

Please do not bring in toys, jewelry, etc. to the dance studio.

What does my dancer need before recital?

All hip hop classes need black, low-top "Chuck Taylor" or "Converse" style shoes.  Do not need to be name brand. *NOT AVAILBALE THROUGH STUDIO! 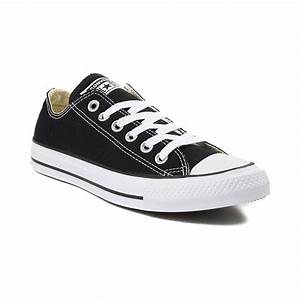 For Lyrical, Modern and Contemporary classes, you do not need shoes, however, if you would like paws to help protect your feet they are available in the studio's dancewear store. Paws are not returnable.

What are all the styles of dance you offer?

a dance performed wearing shoes fitted with metal taps, characterized by rhythmic tapping of the toes and heels

street dance style that is primarily performed to hip hop music or that have evolved as part of hip hop culture. It includes a wide range of styles primarily breaking which was created in the 1970's & made popular by dance crews in the United States.

a dance style that embodies various aspects of ballet, jazz, acrobatics, modern & hip hop, while still maintaining its autonomy. This style is usually danced at a faster pace than ballet, but not as fast as jazz.

a free, expressive style of dancing that started in the early 20th century as a reaction to classical ballet. In recent years it has included elements not usually associated with dance, such as speech & film.

Why we charge for recital tickets

“We have to pay to see our own child perform?”

This question isn’t often said aloud, but we can read it on our parents’ faces when recital time draws near and they discover the front desk doubles as a box office. And we certainly sympathize-who really wants to dish out extra cash for that?

While never mandatory, we attempt to provide all of our dancers the opportunity to perform year-round. This includes community performances, special events and recitals.

Typically, our extracurricular performances are scheduled based on availability and the even or vendor’s desires, but our recitals are designed to showcase the entire studio so every little dancer gets the chance to shine. The recitals are a huge draw-hundreds of families come see their children perform each time.

Of course, putting one of these things on requires some expenses: venue rental, technicians, printing, food, activities, and props are all necessary costs.

To cover it, we require an admission charge. This might seem like grand larceny, but it’s actually a standard for dance studios to sell tickets for recitals. According to a blog on tututix.com the average charge per ticket in the US is $13.22 as of 2015, and often times studios will go above this price to make a profit from the show.

But we know you’ve paid enough, and we’re not into deceiving our customers.

Annually, we charge $10 for tickets and recently $5 for standing room if we sell out. We even offer free DVD’s of the show ($20 value) to backstage volunteers. The amount covers enough in case a minimum amount of folks attend the show.

It isn’t an appealing expense, especially if you feel like you’ve already poured out for tuition and costumes. But our ticket prices are well below average on purpose: so you can comfortably enjoy your child’s dance number at a reasonable price. We keep costs low so your child can dance.

The Real Cost of Dance Costumes:

What Are You Actually Paying For?

As parents of a dance kid, you will find yourselves constantly paying for performance costumes, and they don’t come cheap. Ever wondered why are the costumes so expensive and what are you actually paying for?

We have compiled a list of some frequently asked questions from parents.

It usually ranges anything from $50-$300, the typical cost is about $80 for a simple one. Expect more if it’s Classical Ballet tutu or a costume that has to be specially tailor made. So when the studio charges $80 for a recital costume, you can be rest assured that you are not being overcharged. On the rare occasion that the studio charges $50 for a dance costume, you might be lucky that your child’s dance studio probably came across some sales from their costume supplier, or possibly second hand costumes. Anything lesser than that, they are probably not dance costume. No guarantees that the $50 ones are dance costumes either because it is still a relatively low price. Dance costumes are not your usual clothes, they are made of better quality stretchable fabric and filled with decorations and hence they fetch a higher price. However, take note that this is just a guideline. It’s not necessary that you are getting quality dance costumes by paying more, but you can be pretty sure that cheap ones are unlikely to be good.

2. It is too expensive. Is the studio marking up the price a lot to make money from us?

Yes and no. I cannot speak for all the dance schools in the area, but it’s possible that there are some that are making money and also those that are just providing a service. After all these are also businesses trying to make a living, so we shouldn’t be too surprised if they try to earn a little here and there. Apart from just making a profit, there could also be other reasons to why they are marking up the prices of the costumes, such as:

a) To reduce their risks of incurring additional shipping or alteration costs.

Many dance schools get their supplies of dance costumes from overseas suppliers. Reason being there are only a few local companies supplying dance costumes in Singapore and most of them do not have a large catalog and also do not carry stocks. Overseas suppliers have a wide range of costumes to choose from and their lead time is usually much shorter. It is common for local suppliers to delay or even reject orders especially during peak period such as the months leading to Singapore Youth Festival (SYF). For some of these local suppliers who can provide a range of costumes, they are usually acting as the middleman and getting their stocks from overseas suppliers as well. In order to reduce cost, many dance studios are purchasing directly from the overseas suppliers.

As the dancers are not able to try the costumes prior to purchasing relying only on measurements, it is common that some costumes may not fit as well as intended. In worse cases, some costumes could also arrive damaged or in the wrong size. Alteration or exchange after receiving the costumes are common practices and costs are usually incurred in rectifying these issues. Therefore, dance schools usually mark up the price of the costumes in lieu of the risks that they are taking.

b) Studio needs to be paid for the time and effort.

Many parents get unhappy about their school making a profit from getting dance costumes. It is important to understand that taking measurements, searching for the costumes and taking orders are very time consuming activities. For costumes that are tailor made, the teacher has to become a designer going into detail with the tailor to discuss the type of fabric, number of layers, choice of colour, types of decorations and their placements etc. Just as you would expect to be paid for providing a service in your job, the teachers are the same as well. The studio could be marking up anything from a couple of dollars more depending on how much costs and time they have incurred in providing the service and if they want to make a profit by providing this service.

3. Why don’t the dance studio get costumes from cheap sources like Ebay?

It is easy to find costumes in the range of $30 or even lesser if you search and purchase from wholesale suppliers from sites such as Ebay. However, it usually means that the school has to deal with multiple suppliers which is a lot more work involved and it is also very common that the stocks arrive different from what was shown from the pictures or in inconsistent sizes. These costumes are also of very poor quality and are not designed for dance. We once had an experience of receiving a bad batch of costumes from Ebay, the costumes were falling apart and were deemed unusable to the extend we were left with no choice but to order a batch of replacement costumes from a dance costume supplier and suffered heavy losses as a result. From that incident onward, we have only been purchasing from reliable costume suppliers.

4. What can I do with all these costumes after performances and I don’t need them anymore?

If your costumes are of good quality, you can always offer to sell them to other dancers. You can also sell them online through websites and apps such as Ebay and Carousell. Or, just let the dancers wear them for play or even to class!

Although dance costumes are expensive, it is still possible for you to save some money. For example, if you realized that you have another set of recital costumes that is also suitable for your competition dance item, you can always suggest to the dance studio and they would be more than happy to reuse it to help you save money and all the hassle that they have to go through. If you know that there was a set of old costumes from the older dancers from previous batch that could be reused for your child’s current batch, you could also suggest to the studio to see if it is possible for them to facilitate buying over of the costumes. Do not underestimate the help that you can provide to your dance studio.

If for some reason you need to drop class mid-session, you are responsible for paying through the end of that month. YOU MUST CONTACT US TO DROP CLASSES! If you just stop showing up, you will be responsible for full payment.

If you utilized the paid-in-full discount, the discount will be deducted from your refund. A refund check will be issued at the end of the month you dropped.